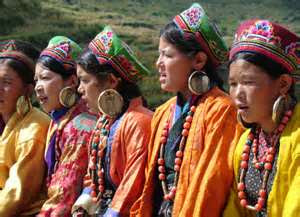 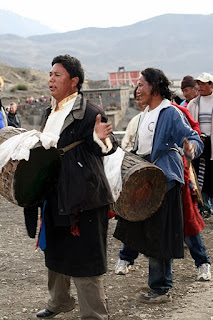 People and custom of Nepal
Ethnic diversity and custom of Nepal make Nepal the most fascinating tourist destination in the world. Official statistics indicates that Nepali population of around 23 millions includes more than 60 ethnic groups speaking 70 different languages and dialects. Northern Himalayan People, Middle Hills and Valley People and Terai People make up the total populations of the nation. Sherpas, Dolpas, Lopas, Baragaonlis and Manangis come under Northern Himalayan People. Magars, Gurungs, Tamangs, Sunuwars, Newars, Thakalis, Chepangs and majority of Brahmans and Chhetris are regarded as Middle Hills and Valley People. The Terai People are Tharus, Darai, Kumhal, Majhi and migrants from India. Nepali society is culturally influenced by caste hierarchy. Caste system comprises of Brahmin, Chettri, Vaisya and Shudra. Nepali is the official language. Nepal is a secular country. Hinduism and Buddhism are the two main religions. Official statistics shows that 89.5% of the population is Hindu, 5.3% Buddhist, 2.7% Muslim, 2.4% Shamanist and Animist, 0.1%Jain and 0.04% Christian. Regardless of ethnic background or religion, Nepali people are the most hospitable and friendly people you could ever wish to meet. Nepalese revere their guests as gods. Visit to Nepal can surely be an experience of a lifetime.


Explore Himalaya will take you further into the journey of Nepal

Email ThisBlogThis!Share to TwitterShare to FacebookShare to Pinterest
Labels: People and custom of Nepal
Pokhara-Nepal Nepal